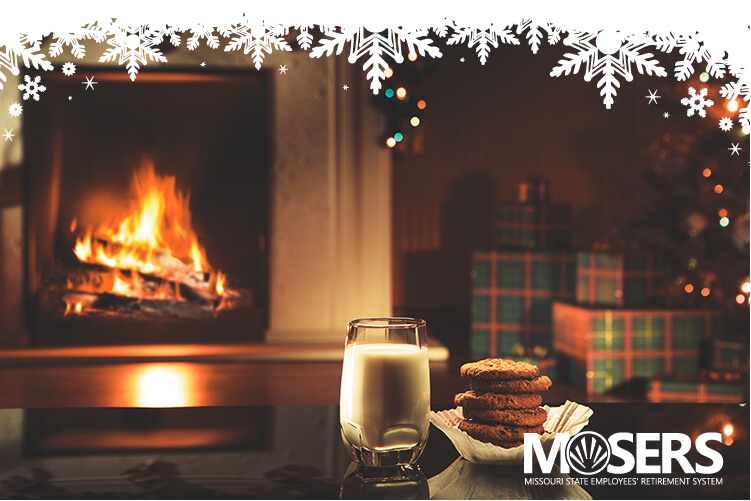 Ronda Stegmann announced this summer that she will retire as executive director of MOSERS this December. She will still work with MOSERS for the coming months to assist in a smooth transition from one executive director to the next. We are thankful for her dedication and service to MOSERS, our members, and staff. Following Ronda’s announcement, the MOSERS Board of Trustees conducted a national search and named Abby Spieler as MOSERS’ new executive director, effective January 1, 2023. 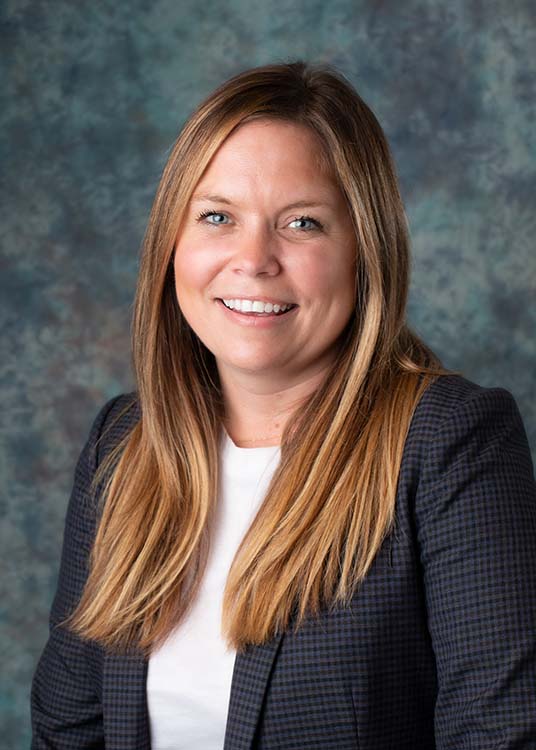 As we enter this winter season and the new year approaches, we want to take a moment for a fireside chat with our new executive director, Abby Spieler.

Where are you from?

Describe a bit of your career and personal background and what you bring to the executive director role?

I grew up on my family farm where I learned the importance of hard work and community. I am an athlete through and through. So, by nature, I am competitive – always pushing myself professionally and personally.

Prior to working at MOSERS, I worked at PriceWaterhouseCoopers where I was a part of the international tax group. As part of this group, I specialized in tax structuring in mergers or acquisitions for multi-national clients. In this role, I had the opportunity to learn about global markets, business strategy, risk mitigation, etc.

I started my career at MOSERS in the investment department as an investment analyst where I learned about the MOSERS portfolio and institutional investing generally. I was then promoted to MOSERS’ general counsel, a role that I have served in for the last 5 years. I’ve also held the position of deputy executive director of MOSERS operations during the last year.

During this tenure, I have had the opportunity to work closely with the Board of Trustees, the MOSERS executive director and staff in various departments, and all levels of stakeholders. In addition to the experience and knowledge I have gained during this time, I am excited about the continuity my new role will provide for our Board and staff.

What are your hobbies and interests outside of MOSERS?

I love watching and playing sports with friends and family. I was a member of the University of Missouri golf team and still love playing the game. On winter weekends, you can find me in a competitive game of cards with my grandma and cousins. I have been fortunate to have a great support system in my family and friends all along the way for which I am very thankful.

How do you think your co-workers would describe you?

I believe our MOSERS staff would describe me as a hard-working, knowledgeable, and committed team member. While they would say I take the work we do at MOSERS very seriously, I think they would say I balance that with some relaxed humor. Ultimately, I believe our staff would convey that one of my strong beliefs is that, “we are all in this together” so everyone is an important piece in the work we do.

What qualities do you think are required in a successful leader?

As public employees, we are charged with serving in whatever capacity it takes to accomplish our mission. A leader of MOSERS must remember our fiduciary duty, and that in everything we do, it is ALL about our members.

We are very fortunate to have a great staff who are smart and work hard. I am incredibly humbled for the opportunity to lead this organization.

What is one thing you want to accomplish during your first year as executive director?

In my first year, and every year after that, I want to continue to promote and embody MOSERS’ core values of quality, respect, integrity, openness, and accountability. I look forward to continuing to interact with policymakers through educating and highlighting the important benefits that MOSERS administers.

What do you think are MOSERS greatest strengths?

MOSERS’ greatest strength can be summed up in one word: Commitment.

We see commitment through our members who daily serve the citizens of this great state.

We see commitment through the MOSERS-covered employers who put their dedication to these employees into action through continuing to annually fund the Board-certified employer contribution rates.

What do you want members to know about MOSERS?

There is so much that goes on at MOSERS on a daily basis. I believe it is important for our members to know how hard the Board of Trustees and staff have worked over the last 5 years to ensure prudent funding of the System. The MOSERS annual employer contribution rates are derived from the Board-adopted funding policy. Since 2018, the MOSERS Board, through much deliberation and analysis, has implemented significant modifications to the funding policy. These changes have increased the employer contribution rates and decreased the funded ratio over the short term, but will work to ensure the long-term sustainability of MOSERS.

Fireside chats are commonly associated with President Franklin Roosevelt’s series of speeches addressed to the American people via radio broadcast. Though Roosevelt was not actually beside a fireplace, reporter Harry Butcher coined the term “fireside chat” in a press release and the name stuck!

Farewell Message from the Board Chairwoman to Ronda Stegmann

In a News Tribune article this summer, Cameron Gerber called Ronda Stegmann a “staple of the pension sector for more than two decades”. That was extremely well said, and I’m blessed to have worked with her through the bulk of her tenure in the pension sector.

She and I first met when I joined the Office of Administration in 2006 and she was with the Joint Committee on Public Employee Retirement. Ronda was my “go to” person for statutory questions regarding Missouri’s various retirement systems and I’m grateful for her guidance during those years. I’m sure MANY legislators over the years would say similar things. To provide just one example, she was a key resource in the background for our legislature answering the many questions (along with our MOSERS staff) regarding the formulation of MSEP 2011.

Ronda has been with MOSERS since June of 2015, when she served as the legislative and policy coordinator. In January of 2018, she began serving as interim executive director at the request of the Board, and the Board subsequently unanimously voted to hire her as permanent executive director in June 2018.

In her four and a half years as executive director, she’s accomplished many things AND she’s done it all with a servant’s heart, impeccable integrity, and with the best interest of our membership in mind.

Ronda – I just want to say THANK YOU for all you’ve done for our membership during your time as executive director. I will definitely miss working with you in this capacity.