Senator Paul Wieland Appointed to the MOSERS Board of Trustees 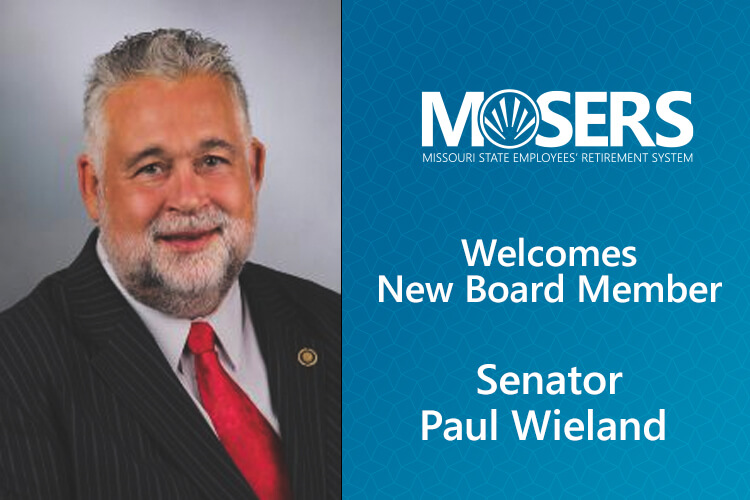 On February 1, 2021, Senator Dave Schatz, President Pro Tem of the Senate, appointed Senator Paul Wieland (District 22) to the MOSERS Board of Trustees. Senator Wieland replaced Senator Wayne Wallingford on the Board.

As of November 2020, 434 active state employees working in a MOSERS benefit-eligible position live in Senator Wieland’s district earning an annualized payroll of $18.5 million as well as 425 MOSERS retirees or beneficiaries who receive $5.4 million in annualized pension benefits.

Senator Wieland is the owner of Wieland Insurance Group, LLC and currently serves on the St. Pius X Advisory Board and the Jefferson County Community Partnership Board of Directors. Additionally, he has served on the Jefferson County Health Department Board of Trustees; the St. Joseph School Board; as a member of the Mastodon Arts & Sciences Fair Advisory Board; the University of Missouri Extension Council; and as a founding member of the Jeffco Business Network.

The MOSERS Board is responsible for establishing and maintaining board policies, procedures, and objectives for the retirement system's operations.