Senator John Rizzo Appointed to the MOSERS Board of Trustees 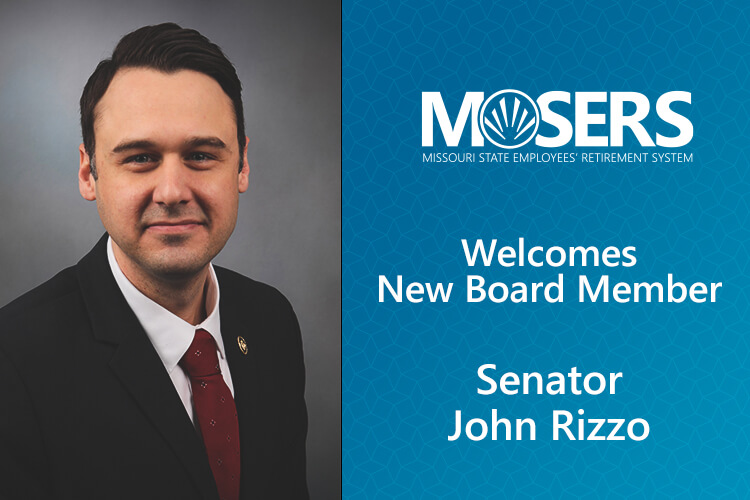 On January 26, 2021, Senator Dave Schatz, President Pro Tem of the Senate, appointed Senator John Rizzo (District 11) to the MOSERS Board of Trustees. Senator Rizzo replaced Senator Gina Walsh on the Board.

As of November 2020, 419 active state employees working in a MOSERS benefit-eligible position live in Senator Rizzo’s district earning an annualized payroll of nearly $16.5 million as well as 542 MOSERS retirees or survivors who receive $7.7 million in annualized pension benefits.

He has served as the 11th Ward Committeeman for Jackson County. He is also a former board member for Truman Medical Center and a former member of the Kansas City Planning Commission.

The MOSERS Board is responsible for establishing and maintaining Board policies, procedures, and objectives for the retirement system's operations.